Smoking Will Kill You, But You Already Know That

How many times have you told yourself, “I will quit smoking?” How many times have you failed? Trust me, I understand the feeling. I can say without a doubt that when I finally did quit it was the easiest choice I ever made. It isn’t my goal to force anyone to quit smoking nor is it my place to criticize those who do. I merely wish to tell my story and hopefully inspire someone to make their own decision to quit. I smoked two packs a day for almost a decade. I quit in one day after trying to quit for years. I’m not trying to sell something or advertise brands for companies. The answer isn’t some magic drug or gum, or even those money pits called vapes. There is only one solution to quitting your smoking habit and you already know what it is. Will power. Simple, elegant, and is something that isn’t only affordable if you are rich or famous. Everyone has it but very few use it. I’ll admit that it took me getting repulsively sick (with something I can only describe as the worst flu ever mixed with a crappy cocktail of bronchitis) to actually find the will power to quit. I could barely get out of bed long enough to use the bathroom or eat anything. Turns out after the sickness had passed I had lost almost 20 pounds in one week. Undernourishment and not being able to hold down the little food I did eat took a toll. It was not a joyride.

I realized that the cigarettes had been destroying my immune system and shredding my lungs. I always knew smoking would kill me and I knew I would slowly deteriorate, but until I actually felt like I was dying I had no motivation to quit. I didn’t quit out of fear. I made an important choice the day I started to get better. A choice to instead of destroy my body and my life, to improve and amend my life. The best part about it was that it was an easy choice at that point. Will power is one of the hardest things a person can master. It is like trying to learn any other skill. It takes training and discipline. (Yes, I am trying to sound like an ancient kung-fu master training his students. It motivates the prospect of will power. Also, sounds more bad-ass.) The key to disciplining your will power is that you have to WANT to do it. Otherwise you might as well give up. I told myself that I wanted to quit so many times without actually committing. I can only hope that I made the choice to commit before I did permanent damage to my lungs and body as a whole. Life is what you make of it. Smoking shortens the already short life you have. Improve your life by enlightening yourself.

About a week after I quit smoking I started noticing that I could breathe a little better. I didn’t even know that I was having trouble breathing because it had been a decade since I had taken a fresh breath of air. About three weeks after I quit smoking I realized I was able to smell things with such vivid sensation and flavor that it seemed I had just been reborn into the world. It has been almost six months since I quit smoking. Not only did my sense of smell increase rapidly, my other senses started becoming sharper as well.

I have kept the 20 pounds off that I lost while I was sick. Now its all muscle considering now I can actually run further than a dead snail without gasping for breath. I have begun a workout regiment that includes running a few miles every day. I also quit drinking alcohol the same time I quit smoking but that’s a story for another post. (I’d rather ease you into the whole “crazy” will power concept that most people seem to struggle with.) In total I feel more energetic and fulfilled than when smoking controlled my life. I am proud of myself for having the dedication and willpower to quit cold turkey in one day and stay that way. Over the past six months I have worked on training my sense of willpower and have drastically modified my life for the better. The strength you feel when you aren’t enslaved to something like smoking is unbelievable. Improve your life by quitting smoking and the new world that will open up to you is endlessly rewarding.

This entry was posted in Inspiration and tagged Change, Commitment, Inspiration, Willpower.

2 thoughts on “Smoking Will Kill You, But You Already Know That ”

So encouraging! Glad that you are sharing what you’ve learned about your God-given will – the free choice we all have with the gift of our lives – and so glad you found your “want-to” – I’m sure your writing will encourage others!

That’s the point of creating this blog. I want to spread the passion I have for improvement to every day life. Thanks for reading and the support!

This is the view that is my biggest inspiration. 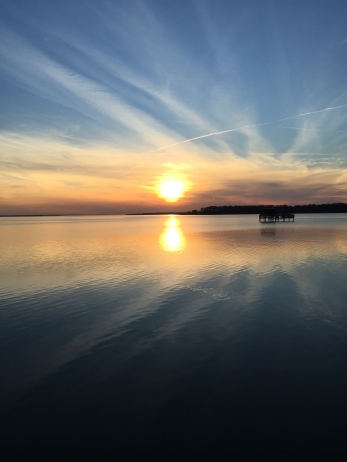 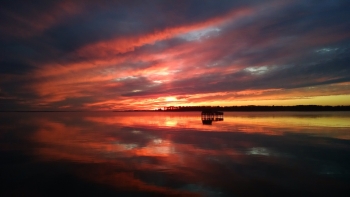 A Work of Art

Just a guy trying to improve his life one day at a time. I push myself at all times to give up the bad habits I have accrued during my life and start new healthy ones. My aim is to pass on the inspiration for others to adopt these healthy habits as well. "It's a beautiful day to get inspired."- Chris